A New Anglo-American Partnership for the Western Balkans 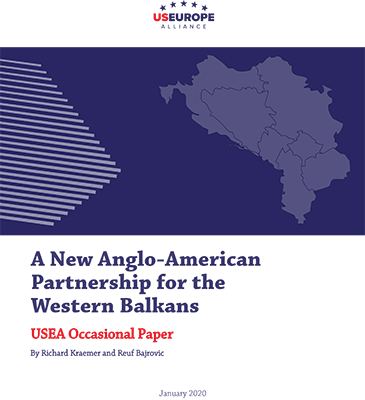 By Richard Kraemer and Reuf Bajrovic

As of October 2019, the European Union enlargement process officially came to a standstill. Led by France, a small group of Member States blocked Albania’s and North Macedonia’s accession talks. Despite vocal protests from EU President Donald Tusk and Commissioner Jean-Claude Juncker, consensus on the question of enlargement will be elusive for the near future. Current uncertainties in German politics only exacerbates the divergence.

Meanwhile, Beijing and Moscow are rapidly taking advantage of the growing power vacuum left by Western disunity and neglect. Russia ardently seeks to destabilize the Western Balkans, thereby preventing further integration into transatlantic and European institutions. China strives to cement a beachhead in Europe’s southeast where it aims to consolidate politico-economic influence and expand it throughout the continent. Unchecked, their anti-democratic, malign interventions will eventually culminate in our adversaries’ intractability from a perpetually insecure and institutionally corrupt Southeastern Europe.

At this historical juncture, the U.S. and the U.K. are uniquely positioned to ensure greater transatlantic security and prosperity for the region. London and Washington should jointly engage in a proactive, robust program to militarily and economically fortify our NATO allies and transitioning democracies in the Western Balkans by:

If such a US-UK partnership succeeds, the benefits for the transatlantic community would be multiple, extending beyond the Western Balkans into all of Europe’s future stability and prosperity.